The solution to physician burnout? Don’t blame the EHR, optimize it.

Op-eds and studies about the problem of physician EHR burnout are startlingly frequent. If you read healthcare news, you probably recognize headlines that decry the impact of EHRs on provider satisfaction, ability to diagnose, and time spent with patients.

The latest example is a study from the University of Wisconsin School of Medicine and Public Health and the American Medical Association, which finds that primary care physicians spend more than half their workday in the EHR, with an outsized focus on what the study calls “administrative” tasks. 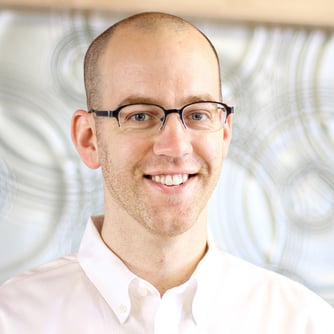 In his comments on the study, AMA President Dr. David Barbe says, “Poorly-designed and implemented EHRs have physicians suffering from a growing sense that they are neglecting their patients and working more outside of clinic hours as they try to keep up with an overload of type-and-click tasks.”

It’s true that providers are feeling a huge amount of pressure on their time and attention. Political and financial priorities have piled extra work upon providers over the last decade, and they are understandably frustrated. We have work to do when it comes to increasing physician usability, efficiency, and satisfaction with the EHR.

But this sort of study (and the AMA’s response) allows the healthcare industry and individual organizations to avoid genuine discussion of and responsibility for the changes driving physician burnout.

Instead of blaming the EHR for physician burnout, we should focus our energy on understanding where physician workload has increased – and leveraging the EHR to create efficiencies in that workload.

Why “time in the EHR” isn’t always a bad thing

This study in particular has a few issues that may lead people to misinterpret its findings. For example, we suspect the study is using user action logging data to track time against activities, which we know from experience can produce significant overestimates in time spent.

For example, if a physician opens the chart in the room with the patient present – and reviews or documents periodically while speaking to the patient for 10 minutes – the system may count the entire 10 minutes as “EHR time,” when in fact eight minutes were spent on patient interaction.

This is, in fact, the sweet spot for physicians and EHRs – using the EHR in real-time during patient interactions to ensure accurate documentation, increase overall efficiency, and take advantage of decision support built into the technology.

The study also classifies various tasks as “clerical” and “administrative,” which suggest that the work is extraneous to patient care. But “documentation,” which is classified as clerical, is a core part of patient care and a task that physicians should be expected to spend time on. So, too, is “order entry,” which isn’t just for record-keeping purposes but also for filling prescriptions, ordering labs, and scheduling procedures.

And the study doesn’t compare how these necessary tasks would be performed, and how long they would take, without the EHR. Some tasks undoubtedly take longer in the system, such as typing a note versus dictating it. But others are faster, such as finding a result or telephone number. And without the comparison to paper-based work, it’s unreasonable to make judgements about whether the reported numbers are acceptable.

This study, and many studies like it, suggest that the EHR is responsible for additional documentation. But in reality, much of this extra work is a result of expanded documentation and quality measure requirements, security needs, and staffing changes. As the healthcare industry shifts its focus to value-based reimbursement and doing more with less, physician work is increasing. That work often takes place in the EHR, but it isn’t caused by the EHR’s existence.

Blaming the EHR without optimizing its use won’t solve the problem. Instead, we should take a holistic view of the issues causing provider burnout and use the system to create efficiencies, as it's designed to do.

The good news is that optimizing the EHR is very doable. There are many things that can be done to make it easier for providers to complete tasks in the EHR, and thereby lower the time spent in the system.

First, many organizations have not implemented all the time-saving features that EHR vendors have created. There are features that dramatically lower the time required to complete EHR tasks for common, simple visits (for instance, upper respiratory infections). We rarely see organizations that have implemented these features at the time of our assessments, and we're now working with many to implement them.

Optimization helps physicians use the EHR the way it was intended – in real-time, alongside patient care, to drive better care, fewer mistakes, and higher engagement. Ultimately, we envision a care environment where the EHR isn’t separate from patient care, but rather another tool to provide it.

If you have questions about how to optimize your EHR to create better physician experiences, please get in touch. We’d love to explore opportunities to make technology work better for your organization.

In the Oct. 27, 2020 edition of the Journal of the American Medical Association (JAMA), I read a fascinating viewpoint article titled “De-adopting...

Can you hear me now? Avoiding a bad connection from your digital front door

2002 was the apex of legacy cable TV broadcasting. Long before Rokus and Fire TV consoles, we consumed our media in regularly scheduled, 30-minute...

How to find your broken EHR windows

In my last post, I discussed how I think the Broken Windows theory can be applied to the electronic health record (EHR) and most things health...