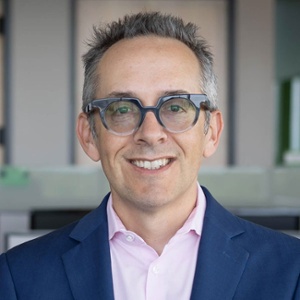 I love me some Malcolm Gladwell, and I don’t care who knows it. Gladwell, if you don’t know of him, is an author and podcaster. His particular gift is the ability to mine psychological and social sciences academic research and present big ideas to a broad audience in an approachable way. Among his many books are The Tipping Point, Blink, and David and Goliath.

Last week, I was listening to his podcast “Revisionist History.” During the episode titled Hedwig’s Lost Van Gogh, Gladwell introduced the concept of the MacGuffin.

As Gladwell explains, in movies and storytelling, “the MacGuffin is an object used to propel the plot to motivate the characters, but which has no intrinsic value to anyone else.”

One big proponent of the MacGuffin was Alfred Hitchcock. He explained that one sees a MacGuffin in many spy movies: “This is the thing that the spies are after. In the days of Rudyard Kipling, it would be the plans for the fort on the Khyber Pass. It could be the plans of an airplane engine or the plans of an atom bomb … It’s always the thing that characters on the screen worry about, but the audience [doesn’t] care [about].”

A MacGuffin is something we know exists; we know it’s important; we understand why others seek it out. Yet, we, the audience, just don’t care. We’re invested in whether or not the characters get the MacGuffin because we care about the characters and their exploits. We could not care less about the thing they are seeking. As I listened to the podcast, a thought crossed my mind: healthcare quality metrics are in danger of becoming MacGuffins.

Healthcare quality metrics exist so we can try to measure how well physicians and health systems take care of their patients. By any definition, this is a tough thing to do. I know lots of people who adore their physicians and would sing their praises to anyone who asked, yet some of those physicians are not good at what they do. They may excel in soft skills such as bedside manner and expressing compassion, but they don’t give vaccines on time or are poor diagnosticians.

At the other extreme, some physicians get low patient satisfaction scores because they won’t prescribe unnecessary antibiotics, yet doing the very thing that gets them unhappy patients is what we would define as excellent medical care.

Despite this confusion and difficulty, a long list of metrics has been developed to assess healthcare quality. HEDIS includes measures such as breast cancer screening percentages and how many children with ADHD received appropriate chronic care follow up. CMS and others have developed core measures which look at metrics as varied as the percentage of patients with hypertension who are subsequently controlled and c-section rates. There are other programs: MIPS, Leapfrog, and Order Wisely; I could go on but won’t. You get the idea.

I fear that these well-intentioned, often well-developed metrics and tools sometimes become an end unto themselves. Instead of using metrics to guide us as we care for patients and help us to look back and see how we’ve done, we can inadvertently begin to “treat” the metric and forget about the patient.

In my mind, I think we’ve overshot and lost sight of our real goals when physicians and nurses go to the “quality” section of their electronic health record (EHR). I don’t think it’s helpful to have a “quality” section in the EHR. Sure, there should absolutely be areas to view and act on quality metric reports. I don’t have any issues with that sort of functionality. But I’ve heard doctors say, “This is where I go in the EHR to enter my quality information.” That’s when metrics become MacGuffins, in my opinion.

I hope the EHR is not where doctors and nurses enter quality information. The EHR is supposed to be the place where clinicians document and order the care they provide. When viewed through this lens, quality reports are simply the output of the normal and expected use of the EHR. I use the EHR to take care of my patient, not to enter quality information. When I’m in the healthcare IT trenches (my nod to Dr. Jayne), I try to ensure that any quality information that might be needed for reporting purposes is entered by the appropriate clinician at the right time in the best place. In other words, the goal should be that clinical folks don’t even realize they’re collecting data that will be analyzed for quality reports. In their minds, they’re just taking care of their patients.

Improving healthcare quality metrics is not why doctors and nurses get up in the morning (or the middle of the night, for that matter). Helping patients get better if they’re ill and stay healthy if they’re not should be the only goal. If we focus too much on the metric and too little on the patient, the metric becomes a MacGuffin: only folks in the quality department (i.e., spies) care about the number, while clinicians and patients (i.e., the audience) could not care less.

I am excited about CHIME’s Spring Forum this year. Nordic Consulting is sponsoring a session on April 14 from 1:30-2:30 p.m. EDT entitled “Keynote...

I’m not a huge fan of virtual conferences. At most in-person conferences, I virtually (see what I did there?) always learn more from the random...

I have worked in health for all of my career. Our sector has always faced challenges, with organizations literally fighting to save lives while...