This Pride Month, let's push for a more inclusive workplace

Nordic’s first maxim, “Be you,” is an obvious fit for a holiday like Pride. In a year without a pandemic, you could go to any Pride parade, and you’d likely see a joyful, unabashed celebration of individuality and self-expression. The very word “Pride” means exactly what “Be You” aims to express: be proud of who you are and embrace it.

Pride Month is a moment for LGBTQ+-identified people to celebrate their community, but it’s also an opportunity for allies to think about the actions they take to encourage people from marginalized groups to “Be you.” 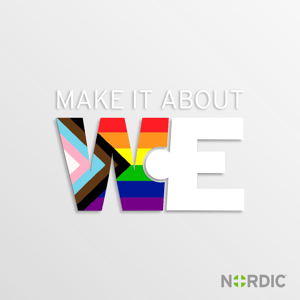 It starts with a few of Nordic’s other maxims. First, “Listen.” Take people at their word when they say they’re experiencing unfair treatment, and listen to their ideas to fix it. Second, “Make it about we.” Get rid of defensiveness and the desire to prove a point, and think about what others are experiencing. And finally, “Grow. Teach.” We are all learning, and there’s no better time than Pride Month to reflect on how we’ve grown and where we can improve.

This reflection is especially important given the current state of the world for LGBTQ+-identified people. Every day around the world, LGBTQ+ people face discrimination, hostility, and violence. More than one in four trans people has faced a bias-driven assault; rates are higher for trans women and trans people of color. And the workplace is far from immune. A third of people surveyed by Propeller Insights said they’d prefer working with straight men and women rather than stating no preference.

We’ve listened to our teammates who are members of the LGBTQ+ community, and in the spirit of our maxim “Grow. Teach.,” we want to share these ideas for building a more inclusive and progressive workplace.

Reflect on how you encourage visibility and difference on your teams

Marian Wright Edelman said, “You can’t be what you can’t see.” This means that people in marginalized groups need role models like them to be able to visualize themselves as part of an organization.

First, and most importantly, we need more representation of people who identify as LGBTQ+ in the corporate world. This means going the extra step to support diversity and inclusion in everything we do, from making sure commitments to diversity and inclusion are present in all external materials to involving our organizations in LGBTQ+ networking opportunities. It may also mean looking at our hiring pipeline to understand how we can attract more LGBTQ+-identified candidates, as well as examining how we unknowingly practice bias in interviews through bias training.

We also need straight allies to be vocal about their support for LGBTQ+ rights and a more diverse employee base. It’s not enough to sit back and assume that the LGBTQ+ people in the room know that you’re an ally: Make it clear via your discussion as a team, the organizations you support, and who you bring into the room.

Reconsider how you think about gender and sexuality – yes, even at work

We’ve come a long way in the last decade, and just this month the Supreme Court affirmed that businesses can't discriminate based on sexual orientation or gender identity. However, society still reinforces some homophobic, transphobic, and gender-based stereotypes, and it’s likely that each of us has blind spots in these areas. Maybe, when our female coworker mentions that she lives with someone, we automatically assume it’s a man and say, “What’s your boyfriend’s name?” Maybe we assign value to people in the workplace based on how “traditionally” feminine or masculine they appear.

Again, this is an opportunity to “Listen.” Sit down as a team and have a conversation about how the workplace supports or suppresses individuality and self-expression. Resist the urge to be defensive or make excuses. Instead, go into the conversation with the mindset that every one of us has work to do around bias – not limited to LGBTQ+ issues – and we should be hungry to learn and improve.

Think before you make that comment, that joke, that observation

According to the Human Rights Campaign, 62 percent of LGBTQ+ workers have heard a joke about gay or lesbian people at work. If you’re about to make a joke or a non-work comment, think for a second: Does it reinforce stereotypes about sexuality or traditional ideas of masculinity or femininity? For people who identify as LGBTQ+ or non-gender-conforming, does it signal that you’re an ally or someone to be wary of? If it could send a negative message about someone’s identity, it’s not appropriate (and probably not funny or clever either). 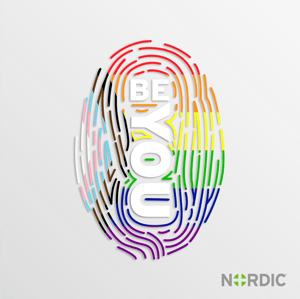 This is also an opportunity to “Be open and direct” with your coworkers. If someone says something that you know is offensive, speak up. Express that you found their statement problematic or hurtful, and help them learn with you. In doing so, you’re not only helping educate your team, but also sending a message to others in the room who may have been offended but unable to say something.

Pride Month is a wonderful opportunity for celebration, but it’s also a time to reflect on the many people who have struggled and fought for progress – and honor them by continuing to push ourselves in the direction of equality. If you’re interested in Nordic’s ongoing conversation about developing a more just and inclusive workplace, learn more about our diversity and inclusion efforts and contribute your own thoughts.