The most meaningful work I’ve done as a healthcare consultant 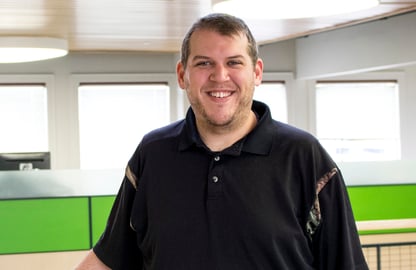 When you work in health IT, you know that your work is making a difference to patients, but the benefit is sometimes more conceptual than tangible.

You know that optimizing the system will get patients from the ED to the floor faster, or that a best practice advisory or drug mismatch alert will ensure the right care for a sick patient. But you don’t always get to see those patients’ faces as they receive that care.

I recently had the opportunity to see the impact of our work firsthand. I wanted to share that story to remind you what the EHR can do to change lives.

In 2015, I had the opportunity to work with Bellin Health and a series of clinics that serve the homeless population and working poor in Green Bay. The clinics were working on paper, and Bellin Health wanted to extend Epic to ensure the best possible care for a vulnerable patient population.

The nature of their patient population meant that the clinics faced unique challenges. My background is in registration and scheduling, and a lot of the things I took for granted were thrown out of the door on day one. When you schedule patients in the EHR, you accept certain things as standard requirements: a name, a social security number, and a birthdate.

These patients didn’t necessarily have that information. Some were using aliases because of issues with law enforcement. Others were undocumented and didn’t have a social security number. Some couldn’t tell us their birthdays.

Many of the patients we saw also had a frequently-changing living situation. One week they would be at a homeless shelter, the next on a friend’s couch, and the next finding somewhere to sleep on the street.

We needed to make sure that the system was configured so that these patients could be easily identified, registered, and seen. If they couldn’t be found in the system, they would slip through the cracks, and it would be difficult to transfer their care to other local facilities. Accurate documentation was essential to their care. 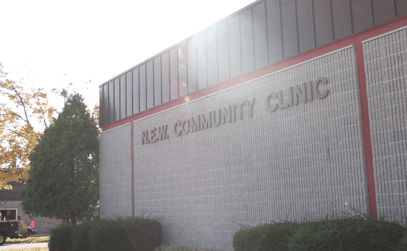 The clinics also relied on that documentation to receive federal grants, which supplied the bulk of their funding. Without accurate patient information, they wouldn’t be able to secure the funds to keep their doors open.

We knew that we had to be creative, flexible, and open to ideas we had never considered before as we configured the system. Our team was completely plugged in to what was going on, and I was never more than two minutes away from the people who needed my help. If we found that something didn’t work, there was no bureaucracy or ego about changing our approach. I was addressing issues on the fly with a small, dedicated team who knew exactly how important this change was to the lives of the patients they served.

Like I said, we all understand conceptually how important the EHR is, but in this instance, I was blown away by the impact of our work.

I saw patients who had used aliases for years and could now be identified immediately in the system. I talked to a social worker who could now send referrals directly to clinics with the click of a button, guaranteeing a patient was seen instead of handing them a printout and hoping for the best. I watched as the huge sliding racks of patient charts started to empty out as we put the information into the system.

The image I’ll never forget is the line of patients outside the clinic. They had arrived at 7 a.m. for the chance to be seen when the clinic opened at 8 a.m. The tight resources meant that every day, not every patient would be seen. Staff handed out numbers to the line: healthcare as lottery. The rest would be scheduled for appointments that they may never be able to attend.

I realized, looking at the line, that more of those patients would be seen because of the work we had done. More of their problems would be addressed or resolved, and more would get the chance to receive care just like any other patient in the city.

It’s the most meaningful experience I’ve had as a healthcare consultant and something I’ll always remember. I’m grateful to Bellin and the N.E.W. Community Clinic for giving me the opportunity to feel that impact.

Webinar Recap: Healthcare organizations discuss their use of telehealth and technology in the COVID-19 crisis

Across the globe, the COVID-19 pandemic is constantly changing, and healthcare organizations are working harder than ever to meet patient needs. With...

The story of Nordic, celebrating 10 years of meaningful partnerships

The traditional one-year anniversary gift is paper. So it’s a little ironic that two people marked the first anniversary of an important law by...

Imagine a world where all your new hires received end-user training that best matches their new role at your organization. Think about the difference...